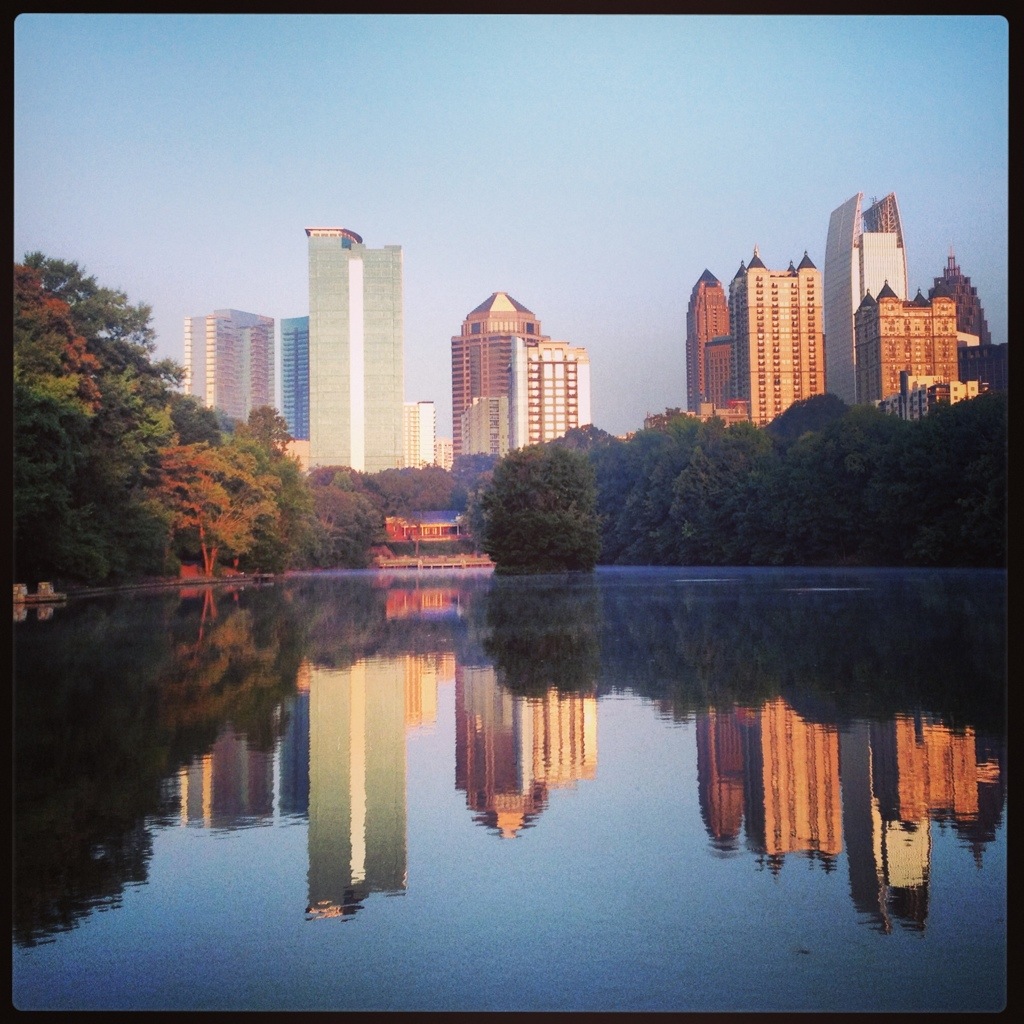 I just spent the week in Atlanta on business, and with the an 86km ultra marathon just over a week away, I had to make sure that I found the opportunity to run. I’m tapering down so the distance wasn’t going to be large, and actually not having access to trails might actually have been beneficial to sharpen me up.

The big problem with Atlanta, and indeed most big American cities between the coasts, is that it’s not really built with the idea that humans might want to travel around it on foot. With a grid system of 6 lane roads, and a number of major interstate highways travelling through the city, my initial run to get my bearings was a bit of a disaster. Stopping at crosswalks every 15 seconds, and running the jay-walking gauntlet. A common sight while running in downtown Atlanta Centennial Olympic Park in downtown ATL. About the only place to run in the city centre, but too small to be much use. After a quick search on Google Maps I found a large park to the northeast, that could be accessed by running up W Peachtree – it was, it worked, and I got to Piedmont Park, which was an oasis of tranquility. The only other problem was the heat and humidity. Dumping fresh snow all last night and today so enj

Sub-zero evening run along the old tramway route i

After 21 months of closed ski resorts due to COVID

Lots of animal tracks to sniff and follow in the f

The monochrome view out the window across the vall