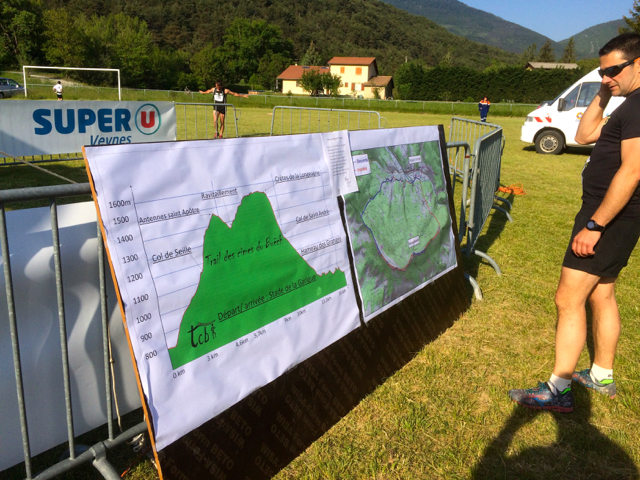 Race goodie bag, including a free beer – although considering it wasn’t even 11am on Sunday morning by the time I finished, I declined the offer 104 runners set off from the race start at La Faurie. Photo credit http://traildescimesdubuech.blogspot.fr Running back over the bridge into the finishing straight. Photo credit http://traildescimesdubuech.blogspot.fr Newly dusted ski pistes make for a nice morning do

Run up to Les Ramées in time for the sunset. #e